U.S. and Canada combined large ag equipment sales continued to decline in October, according to the latest numbers released by the Assn. of Equipment Manufacturers (AEM).

“We anticipate a flattening of the rate of decline of large tractor sales, and the long-term projection for the industry is certainly very positive,” said Charlie O’Brien, AEM senior vice president. 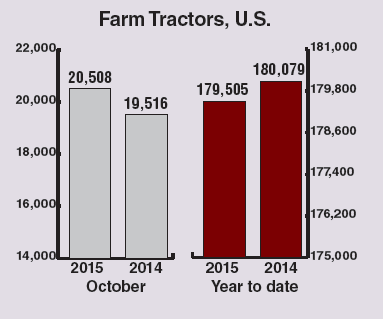 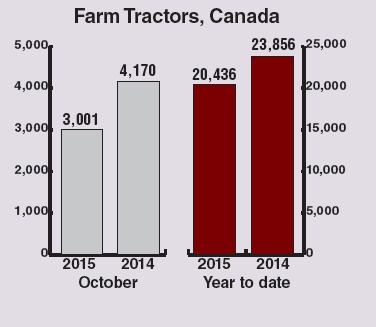 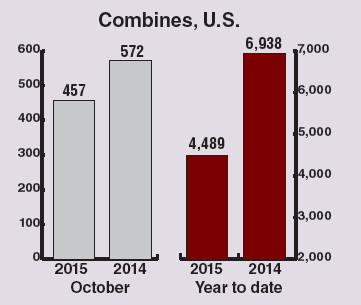 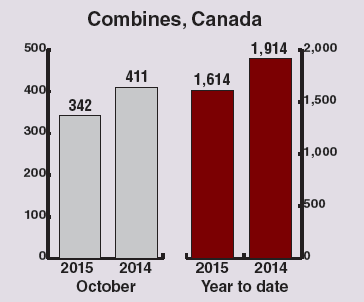