In many areas today, farmland values are influenced by factors other than agricultural productivity, such as urban influence and natural or rural amenities. 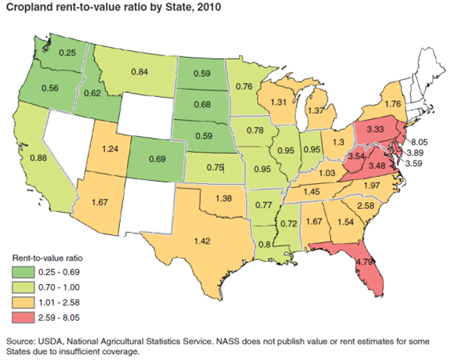 Average Farmland Value Varies by Land Use and Region