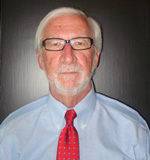 Business of Selling: Dominating the Market