Trent Hummel, a trainer at the Western Equipment Dealers Assn. Dealer Institute, forgoes teaching sales strategies to instead drive staff-wide motivation and engagement to boost sales and improve the quality of work within businesses.

Trent Hummel brings over 25 years of dealership management experience to the Dealer Institute at the Western Equipment Dealers Assn. (WEDA). His areas of expertise range far and wide within the sphere: he spoke at Farm Equipment’s Dealership Minds Summit in August 2017 on compensation systems for salesmen, for example, and brings a myriad of sales tactics to each business he consults with. Often, though, he visits dealerships to help devise plans pertaining not to metrics, but motivation, in order to “move some iron.”

No business works at its full potential if its employees aren’t motivated and engaged, according to Hummel. There is a huge difference between doing a job for the sake of pay and out of passion for its outcome; the former has proved year after year to not hold a person to a position they don’t enjoy, but the latter turns jobs into careers.

“A lot of employees say, ‘we’re just told to sell more iron,’” Hummel says. “Fair enough, that’s an objective. But what’s your target? What’s going to make your employees excited? Passion and emotion are contagious — if you set a target and it’s well-written, tracked and monitored, that will motivate others to execute it, and execute it well.”

This staff-wide philosophy boils down to the important distinction between the authority of a boss vs. a leader, something Hummel finds most managers and owners are (often unknowingly) blind to. “We run across a lot of people who think they’re leaders, but when we look at evaluations from their people, they’re always marked down as a boss — they’re not behaving in the best interest of the employees,” he explains. “Are your employees doing their jobs because you told them to, or because they believe in the organization’s work? There’s a big difference there.”

Not only do authority figures serve as examples to their staff, they set the tone of the establishment. Employees follow leaders; but, according to Hummel, the biggest reason employees leave organizations is their direct supervisor, a result of the boss persona. The best way to keep a strong team, then, is to abandon that management tactic, starting by referencing those evaluations.

“Seldom do employees get to rank their managers, which is a terrible shame,” says Hummel. “You’ve got to be able to accept a little criticism. There’s no better place to learn how to do your job better than from the people that are underneath you.”

Once managers identify their own areas for improvement, it is important to step back and do the same for each of their employees. Hummel recommends distributing a questionnaire to the staff inquiring about their personal engagement with the company’s work. Leaders can use these and rank their employees based on their indicated drive: “loyalists” are those who are the most committed, then comes the large “undecided” population, followed by the “warm bodies” who, on any given day, you could replace on the spot. Identifying the loyalists is the first step to motivating others to working on their level. “If you have 20% loyalists in your organization, try to bump that number up to 40%,” Hummel elaborates. “Encourage some engagement and then those who are ‘undecided’ will start to swing, and then the ball will get rolling on its own.” Engagement, in this sense, produces a domino effect. 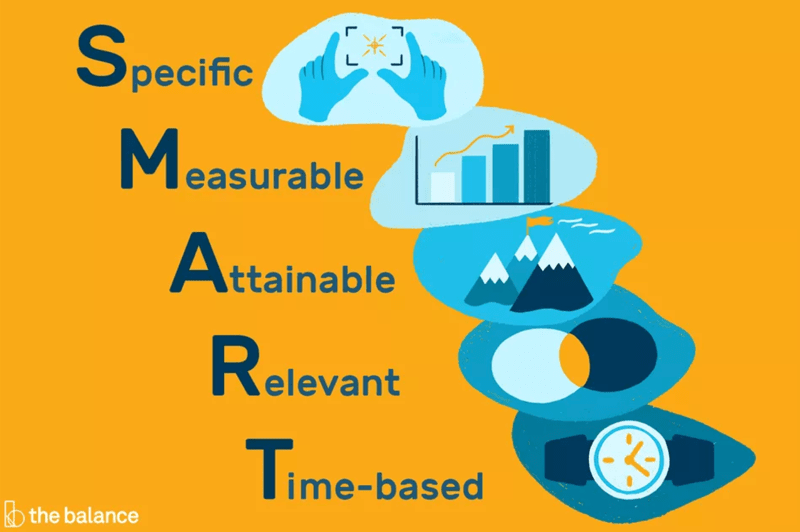 Trent Hummel, a consultant and trainer with the Western Equipment Dealers Assn., encourages the SMART method of goal-setting to create a thorough, well-rounded and clear objective.

Budding loyalists turn into flourishing leaders. Hummel implores dealers to make sure their employees have the option for career growth within the company. Do not be turned off by any new tactics they bring to the table: a company that evolves is a company that thrives in today’s changing market.

“Coaching newer employees doesn’t always have to be the manager’s job,” Hummel says. “If you add up all the years that all your employees have worked in your store, in retail or in similar situations with customers, there’s hundreds of total years of experience there.”

This idea further emphasizes the notion of a staff being a team, not necessarily a hierarchy. It also builds strong relationships between employees across positions and ages, creating a healthy workplace culture that is exciting to return to every day. Though having fun at work may not seem like the top priority to a business that depends on sales, Hummel always reminds managers that “a good culture with your co-workers spills out into good relations with customers and good sales.”

This culture is also what keeps quality salesmen in your business and drives the troublemakers away. Hummel’s research shows that “if you give someone a raise, the effectiveness only lasts around seven days, especially if they were going to quit anyway.” Acknowledging quality work in person, rather, has proved to boost morale, motivation and the employee’s happiness in their position.

“Passion and emotion are contagious — if you set a target and it’s well-written, tracked and monitored, that will motivate others to execute it, and execute it well…”
— Trent Hummel

“Everyone wants to be acknowledged for their contributions, but the type of acknowledgement is different for each type of behavioral style,” Hummel explains. “Some want their picture in the local paper and a pat on the back so the whole town knows they’re doing something right. A quieter person might just want the owner to come in and say, ‘thank you for doing that.’ Get to know your staff, because it depends on them.”

Making everyone feel important in your organization is crucial to selling equipment. So, even if you don’t think your technicians need to bother with the parts sales numbers, for example, Hummel always encourages managers to “share the books” with everyone.

“At least a few people from other departments have to be there with the department I’m talking to; they have to understand what’s going on everywhere else in the organization,” he says. “They don’t need to be an expert — they just need to get that understanding.” Make your decision-making process a dialogue to encourage interdepartmental input and guide the business’ future leaders.

“These employees might not be in a leadership role, but they’ve been around the industry long enough to know when a smart decision is being made and a poor decision is being made. An illogical business decision will tick everyone off.” Hummel calls this open attitude “empowering” for employees, giving them just enough rope to make their own calls without giving them a large amount of free reign that would cause them to question every decision they face.

Hummel has plenty of sales tactics he gives managers as well, particularly concerning how to handle used trades. But this information is just as valuable to businesses, because at the end of the day, profits are turned by employees. “Don’t procrastinate; get on it,” he tells managers about these changes. “Don’t say good things come to those who wait — great things come to those who don’t wait.”